Trump Gives Signs of Raids on Migrants and Deportation Will Begin

President of the United States (US) Donald Trump said the implementation of mass deportation will begin soon.

Trump, who carried out a hardline immigration program as the main issue for his presidency and efforts to campaign for the 2020 presidential election, delayed immigration operations last month after the planned date was leaked to the press. However, on Monday (1/7) Trump said there would be a meeting again to discuss the pending operation after the US Independence Day on July 4. 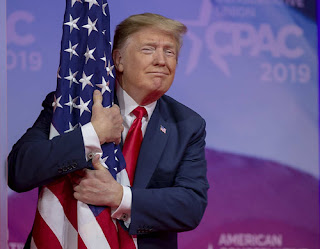 "This operation will begin as soon as possible, but I do not consider this as a raid. We are just trying to get people who have been illegally entering America," Trump said at the White House, Washington, Friday (5/7) as reported by Reuters.


Earlier, last month the US Customs and Immigration Enforcement Agency (ICE) said that immigrant raids would target unregistered immigrants who had just arrived in the country.

On the one hand, government documents revealed this week by migrant rights activists show that several ICE raid operations in the past have captured more immigrants than have been targeted.

Therefore, migrant rights activists assess that generally, threats to unregistered migrants will endanger the US community and economy. Because this will cause fear so that adults lose their jobs and children miss school.

"We must be ready, not only when Trump announces it, but because the arrests occur every day and the number of those arrested continues to increase," said New Mexico immigrant group activist Elsa Lopez.

However, the statement of the Congressman was taken, and in order to eliminate the so-called 'misinformation', Head of the Border Patrol Agent Roy Villareal released a video showing freshwater available from refrigerators and taps in cells at a migrant processing center in Tucson, Arizona.

"We don't force foreigners to drink from the toilet," Villareal said.