"The drones have been successfully destroyed in the air," the military coalition said as reported by the Saudi Press Agency. 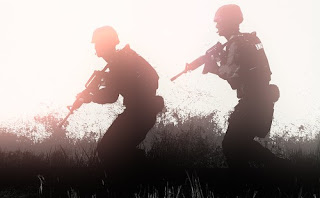 There was no further mention of the damage or the chance of a fatality from the effort to attack the drone.

The Houthis, backed by Iran, launched an offensive from neighboring Yemen to Saudi Arabia. It was said that the Houthi attacks targeted the southern region of Saudi Arabia.

The two airports targeted are the base of Saudi Arabia's military fleet. In the previous attack, the Houthis to the Abha airport succeeded in killing at least nine people, of which there were Indians and others from Saudi Arabia.

Houthi rebels in Yemen have continued to increase missile attacks and cross-border drones into the Saudi Arab region in recent weeks. Since March 2015, the Houthis have to serve the great onslaught of the Saudi-led coalition in Yemen.

Meanwhile, Houthi attacks in recent years have been launched into Saudi Arabia amid mounting tensions in the Middle East, after the United States (US) accused Iran of shooting down its drones that aired over international waters.

Iran is also accused of masterminding attacks on a number of tankers in the Gulf of Oman. In addition, the kingdom of Saudi Arabia repeatedly accused Iran of supplying sophisticated weapons to the Houthis. However, the charges have been denied by Iran.

On the one hand over the Houthi attack on Abha airport on July 2, the Indonesian Government through the Ministry of Foreign Affairs expressed its condemnation.

"Indonesia condemns the repeated attacks on Abha Airport in Saudi Arabia which target civilians. The attack endangers the security and stability of the region," said a statement from the Indonesian Foreign Ministry through its official website on Wednesday (3/7).

Indonesia also called for "dialogue to support the political peace process in Yemen, under the leadership of the United Nations (UN)."

"Indonesia also calls for violence against civilians regardless of its form to be stopped."

The Kingdom of Saudi Arabia itself will be busy this month accepting prospective pilgrims from all over the world who will carry out Umrah and Hajj services in the holy land of Mecca. It also includes hundreds of thousands of prospective pilgrims from Indonesia divided into 529 flight groups divided into two waves of departure to two Muslim holy cities in Saudi Arabia, namely Makkah and Madinah.
Facebook Twitter Telegram