Don't Misunderstand Allergies in the Eyes and Eye Infection 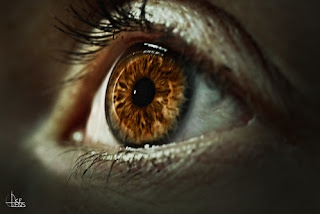 Two years ago, during the semester vacation, my family and I enjoyed it by spending time walking around. At that time the husband accidentally took time off from his office in order to spend time with the children.

Almost every day children are invited to take a walk. Understandably, I live in Bali, where every time there are tourist attractions, starting from the beach, to the shopping center, to the mountains and to the lake. So that maybe his eyes get dust, wind or something else because they are often outside. Or cold weather that often occurs in that month.

After his father's leave, his children spent more time with his grandmother. Because of the vacation period I was also assigned to take part in training.
When I returned from training, I saw my youngest child had his left eye red. I then asked my in-laws, why is my child's eyes red. It was the season for spiner. My in-laws said, the sister had nothing to complain about and play as usual. I really suspected the spiner he was wearing was spinning around his eyes. Because he often turns the spiner close to his eyes.

Using BPJS, I then checked my child to the hospital. At that time, my child was prescribed antibiotic drops. What a surprise then after the medicine was dropped my child's eyes became swollen. Very swollen, until he can't open his eyes.
Back to the doctor, I asked him about the eyes of my son who had been red and why he had swollen after being treated. Because his eyes are swollen and a large doctor then recommends a CT scan. But the results at that time only found a little inflammation in the left eye muscle.

I then slightly forced the doctor to be given a referral to Indra Hospital in Denpasar, which specifically serves eye diseases. There the medicine given is also still similar, namely antibiotic eye drops with a combination of dexamethasone.

Every week we are advised to control. But still my child's eyes have not changed. After reading the composition of the drug, it turns out that if frequently used content in the drug can cause glaucoma. When we control the hospital we have met two different doctors, an ophthalmologist who is used to dealing with cataracts and another who is used to dealing with children.
My husband and I were worried, then tried another alternative to meet a doctor in a private hospital without using BPJS, at that time the doctor said my child's eyes might have been severe and had to be given more patent antibiotic eye drops. But after being examined by this fourth doctor, a few days after using the medicine it turned out that the results were still the same, there had been no changes.

After more control, the doctor then suggested that we meet with his ophthalmologist, specifically dealing with allergies and immunology at an eye clinic in Denpasar. Without further ado we immediately called the doctor's practice to find a line.

The doctor then asked for a history of my child's red eye, I told him from the beginning of the walk, and all the events. The doctor also asks for any information that makes his eyes red, and what foods he has been consuming so far. At that time my child also often had runny nose and wounded nose membranes.

Because of that information, the doctor who handled my child then concluded that my child was allergic, prescribing eye drops containing prednisolone. This drug is a steroid group that can also cause glaucoma. And should not be used carelessly, the dosage will be lowered by the doctor and only the doctor may stop using it until the illness is declared cured. But it should also be known, people who have a history of allergies will have the possibility to relapse again. An allergic person must avoid the triggers that make his allergies recur.

And that really happened again, last year in June with cold air and also a lot of dust flying my child relapsed again, but the times the ophthalmologist who handled it was different from the previous doctor (although at the same clinic), this was the sixth doctor who handled, doctor this is a pediatric ophthalmologist, he prescribes eye medications that specifically treat allergies containing HCL olopatadine patanol. This drug is used for one month even though the eyes have improved, the goal is to prevent recurrence. And one day when relapse again, said the doctor can be used alone as long as the date the drug has not expired.

And according to the doctor, allergies in the child's eyes, will disappear when he experiences a period of backwardness, because his endurance and immune are getting stronger.
As ordinary people, it is very difficult to distinguish between allergies and infections, we as parents must also be able to explain with certainty to the doctor the occurrence of red eyes in our children, so that there is no mismanagement that is fatal. Are eyes not the window of the world?
May be useful