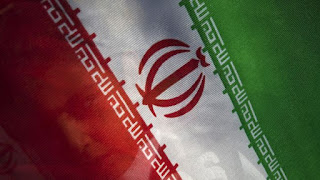 The government Iranian decided to carry out uranium enrichment process up to five percent, exceeding the limit set in the nuclear agreement (JCPOA) signed in 2015. Germany and the United Kingdom who signed the agreement asked Iran to keep abiding by the agreement.

"We are very concerned about Iran's announcement that it began to enrich uranium above 3.67 percent. We urge Iran to stop all activities that conflict with the agreement," said the German Foreign Ministry statement, as reported by Reuters on Sunday (7/7).

Germany said it was coordinating with the countries participating in signing the agreement, Britain, and France, to decide on the next step.

"Although the UK still adheres to the agreement, Iran must immediately stop all activities that are contrary to their obligations. We coordinate with JCPOA members to consider the next step," said the British Foreign Ministry statement.

Meanwhile, Iran said it would continue to behave like that if the countries that signed the agreement did not defend them from US sanctions.

Before signing the agreement in 2015, Iran had succeeded in enriching uranium by 20 percent. While the level of uranium enrichment that is considered to be the material for nuclear weapons is at 90 percent.

The head of Iran's Atomic Energy Agency, Behrouz Kamalvandi, said they would continue enriching uranium by up to 5 percent. He reasoned that the decision was taken not to make nuclear weapons, but to supply fuel for the Bushehr Nuclear Power Plant.

"We have prepared to enrich uranium at whatever level and amount," Kamalvandi said.

The Iranian Foreign Minister, Muhammad Javad Zarif, again stated that they would only want to obey the contents of the agreement if European countries who signed the agreement would defend them from US sanctions.

"This is a dangerous step. Iran has violated the promise they made under the United Nations Security Council not to enrich uranium at a certain level," Netanyahu said.