3 Ways of Longevity and Quality 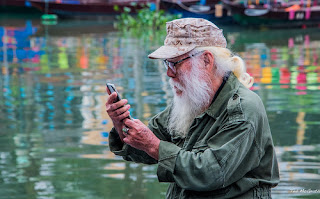 I believe many of you know the meaning of this term, especially when approaching grand sporting parties such as the National Sports Week (PON), the SEA Games, the Asian Games and the Olympics, will often find this term everywhere, whether it's on the sidewalk billboards ; in print media, such as newspapers and magazines; electronic media, such as radio and television; to online media, such as social media and blogs.

In a strong body, there is a healthy soul.

It was very touching.

But if it's behind, does it have the same meaning?

However, a few days later, Mrs. Mirna fell ill. Ulcer and acute gastric inflammation. I see what I heard from some friends who had visited him at the hospital.

Mrs. Mirna appeared three weeks later, in a family service that is routinely held every Thursday.

The face was still pale, the road was still unsteady, the voice sounded sad.

That is the condition of him. Actually, he still hasn't recovered one hundred percent, but he forced himself to take part in worship because almost a month was absent.

And what was discussed by him was about his association with diseases that plagued the body, scapegoating the pressure of the work he got.

Quality Life Needs to Be Fight

Yes, it's not always if the body is strong, meaning the soul is also healthy. There are crazy people who are proof that sometimes the above terms are not always true. However, reversing the term, in this case, "a healthy soul, must be a strong body", obviously this cannot be done.

"You know, the body is strong, the soul must be healthy. The period can't be reversed? It's the same!"

Well, I don't want to argue, clashing the neck muscles with those who want to turn the term back.

With a strong body and a healthy soul, longevity becomes quality.

Want to live long, but are sick?

Want to be 100 years old, but don't have hands and feet? As a result of diabetes, from minor injuries it is fatal, the wound cannot dry out and spread, the legs and arms rot, and as a result, finally, the legs and arms are amputated, and the rest can only lie in bed for life. Is that what you want?

Want to eat something, but because of abstinence, you can't eat these foods?

Of course, life is sad, not fun.

As far as I see, from a variety of experiences, both from one's own life experience, and from other people's life experiences; or from reading many sources, whether from books or the internet; I conclude there are three secrets that lead to long life and quality.

What are the three secrets?

Many people know the importance of exercise, make the body strong, but unfortunately the knowledge of the benefits of exercise for the body only nests in the brain, but in reality, do not exercise in everyday life.

"I didn't have time. I worked from eight o'clock in the morning until five o'clock. I arrived at six o'clock at the house. After that, I still accompanied the child to study. Where did I get to exercise!"

"I like competition and games, like badminton or basketball. If there aren't many people, it can't be done."

And there are many other reasons.

If there are still reasons for not having time, want to exercise if there are friends, or surrender to the disease, how can the body be strong?

I myself have a disease. The medical analysis said, my illness could not be cured. But I still exercise. Of course after consulting the doctor about the right exercise in accordance with the condition of my body. Four to five days a week. Run in the afternoon. Sometimes in the morning, if in the afternoon you have to teach tutoring.

I chose to run because I did not like to depend on others. Not that I don't like playing badminton or basketball, but also because of the profession as an English teacher.

I have a busy teaching activity. Teaching from morning tonight.

How come you got a sport?

Because I make time. 30 minutes a day; 4 to 5 days a week. Enough to keep my body's condition strong.

Take time to exercise. For the sake of a strong body. The body will not be strong by itself if we do not train the body by exercising.

"How come it's still growing again?"

Like the word, if the sport is output, then there must be input, intake for the body so that all organs function properly and optimally.

Incorrect consumption will be fatal.

I have an acquaintance. Mrs. Lina, you name it, has a boy who is only 13 years old, but has had kidney failure. Even though the child is active in the badminton club.

The problem is that the child ignores breakfast, and as a substitute, he consumes energy-boosting drinks which are usually sold freely in various shops and stalls.

Can I not consume energy-boosting drinks? Of course, you can, but you have to pay attention to when you drink it and the side effects you will get if you consume it too often.

It's better to eat food and drink natural drinks. And also regularly. At what time of the morning, what time at noon, and what time of night. In between, you can consume light snacks, namely fruit, and vegetables, such as bananas or apples. Fried? Not recommended ^ _ ^.

For this one, of course also not be arbitrary, even though in reality, what is seen, heard, and said is very contrary.

Do you often hear gossip about the ugliness of colleagues?

Like to gossip about the shortcomings of others; and always repeating, saying the dark past that passed years ago?

Instead of that, why not provide a lot of time to worship, read the scriptures, read motivational books, take part in social activities, be active in writing clubs (highly recommended ^ _ ^), and other positive activities?

Undoubtedly, these positive activities will foster positive thoughts, which will make life long and quality.

Don't Just Talk, Do It Immediately

There was one friend, call it Koko, say that.

It's not a secret. Everyone already knows. This is an open secret. However, among those who already know, how many have applied these three secrets in their daily lives?

Enough is answered in the heart.

Hopefully, those of you who are reading now are not only those who talk but don't act ^ _ ^.

Don't just talk, do these three secrets right away.

For the sake of quality longevity.