Dieng, Country Above the Clouds 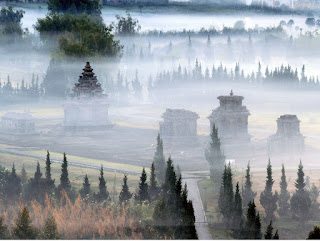 Go Adventurer,
With the completion of highways, for us who are adventurous, of course this is very promising and very exciting, as long as there is a little vacant time, we are already in Central Java, this is indeed rather fast, if East Java, must be at least 4 days used, while in Central Java, we have had two or three tourist destinations in three days.

This time we grabbed the Land on the Dieng cloud, the charm of Dieng is indeed charming, even though several times it has been tested this area, if invited here again there is no word of rejection, Beautiful and very complete, the distance between one tourist attraction to another is not so far, Dieng is a place of tourist attraction, of the many tours that exist in this beloved country, the charm of nature is very amazing.

The historical and archaeological remains are amazing. It is not difficult to find lodging here, in addition to existing hotels and villas, homestays are very much available, we occupy a homestay at a cost of five hundred thousand rupiahs one night, consisting of two bedrooms, one bathroom, one kitchen, and one family room, with very adequate facilities.

From existing historical records, historians and archaeologists argue that Dieng was explored by humans 2,000 years ago and even more, which is estimated to coincide with the migration of Indians to Javanese land.

The name Dieng comes from two Sanskrit words, namely Ardhi and Hyang, which means Mount Dewa, so many say Dieng is the Land of the Gods.

While the temple complex in Dieng was built in the 7th-8th century AD, during the reign of Kalinga, led by Queen Sima.

If I'm in Dieng, I like to eat Carica and drink jus Carica, on the Dieng Carica plain, there are also those who call it Papaya Dieng or Kates Dieng, while people around Dieng call it Gendul, Carica fruit has a very distinctive aroma, the fruit flesh very chewy and can only be consumed after processing first, here they are made into Sarika, drinks, sweets, chips, juices and various other preparations.

One more interesting thing here is the phenomenon of dreadlocks, we met one dreadlocked child, but the gimbal is still not so much, because the gimbal is a lot when it's not in place.

Scientifically, it cannot be explained, but from parents with dreadlocked children, they will be given a dream, as well as shaving it.

The Dieng community calls children dreadlocked with the title of a sticky kid, maybe because the hair is drier, so it's like people who rarely bathe.

Dieng people, but more believe that dreadlocked children are entrusted from the Kyai Kolodete, was one of the retainers during the Islamic Mataram period, around the 14th century.

Upon arriving in Dieng we enjoyed, the remaining temples, looked well maintained, the visitors also took care of this historical heritage, then after we were satisfied to Sikidang Crater, it was a volcanic crater on the Dieng plateau, said residents around this time - the crater will move like a leaping deer, in ancient Javanese Kidang means Kijang , this might be the name of a crater, because the fields often move, or jump like a deer.

Satisfied enjoying hot mud bursts, we went to the inn, to rest, the night out for a while to find food, rest again, because tomorrow morning at 4 we had to climb to see the country above the clouds, see the charm of the morning sun that emerged from the earth, very beautiful and amazing.

And the expanse of edelweiss, which we saw in the early hours of the morning, unfortunately, many visitors actually picked it, we could not forbid because we were the same as visitors when they asked why they did not take an interest, I replied ... here, can see and enjoy what's here ......